Just this side of heaven is a place called Rainbow Bridge...

A special donation of $50 to be directed to Pug Rescue of San Diego in memory of Mr. Bones. Mr. Bones (Braveheart, Billy Bones) was featured on Barbara McNair's scrapbook page. He crossed the Rainbow Bridge on Feb 2nd, 2009. He was starved and suffered abuse that resulted in brain damage. He will not be forgotten in Milwaukee, San Diego and hopefully all the hearts that forever love the senior pug. Go in Peace, little Man!

Butterball was dropped off at a local shelter during the Thanksgiving holiday season. She was a black female pug estimated to be between 5 and 13 years young. She touched the heart of everyone she came in contact with. She was warm, loving and an affectionate girl whose body was covered in mass cells. We tried so hard to improve the quality of her life, but the angels took her away on Tuesday February 11th . Her autopsy results showed she should never have survived anesthesia, But she decided to come home to us to die. Butterball will be missed. Thank you Elmbrook H.S., Dr. Ben, Anne Schuster, Dr. Johansen and the staff at Harmony Pet care. A special thanks goes out to Lynne Engstrom. Our Hospice Foster Pug, Pug Hugs Inc, Debbie & Rick.

Ceasar crossed the rainbow bridge on his own terms at 10:50am on 03-11-10 at age 10yrs. His little heart finally gave up. We fostered and adopted him from NIPRA, but 2 years and 4 months is not long enough. Rest in peace “little man”. He lived for treats, stuffed toys and had a zest for life. We miss him so very much.

Beloved pug Chuck crossed the Rainbow Bridge much too soon at the young age of 6.5 years of age. Chuck is most fondly remembered by all who knew him for his inquisitive nature and loving personality. He was a true "one-of-a-kind" pug and his kisses, snuggles & snorts are dearly missed. See you on the other side, buddy. A special thanks to Dr. Brittany White and the staff of Truesdell Animal Care for their continued care and support.

Our sweet boy Foster left us for his next adventure on March 29, 2017. He joined our family only about 6 months prior, as a special needs fosterpug with many medical conditions that had gone untreated for far too long. He spent a lot of his time with us safely relaxing in a kid's pack and play - complete with beds and blankets. As his health started to improve, he would expect that you would stop and give him head rubs whenever you passed by. If you didn't, he would make plenty of long, low "dinosaur" noises to let you know that he was there and deserved your full attention. He mostly mastered the art of walking, but even as he tumbled down the little hill in our backyard, he would have a smile on his face and get back up and try again. He was even perfecting walking on a leash with a special reverse harness that we made for him. And he loved car rides - especially when he could sit on a blanket in one of his special sweaters with the passenger seat all to himself - even if it was only to go to yet another vet appointment. And he had discovered food - all of it! Hawaiian bread was his favorite, so we always made sure that there was a loaf just for him on hand. He left us suddenly after having a especially nice weekend of walking in the sun and trying corn on the cob for the first time - less than a month after we officially adopted him. We know that our special boy came to us for a reason - and he will always be a huge part of our family. He is missed by his moms Caryn and Danae, and his three pugsiblings Milo, Gus and Pru...and we know that all of our four legged family members who have also crossed rainbow bridge have welcomed him with open arms and are showing him the ropes.

She had mobility by use of a four wheeled cart. Her huge smile will always be missed as she joins our pugs: Hope, Pugsleigh and little Mitzie. She can finally run and is pain-free.

Until her last day she was a joyful pug whose tail whirled like a helicopter when happy. Lena has left her pug sister, Ohnie, behind with me; and we miss Lena every day; she will remain forever in my heart. We know she is waiting for us at the Rainbow Bridge with her pug companions who arrived there before her.

Lola crossed the bridge on Monday January 24, 2011 at 12:10pm. Her personality and beauty developed during her 8 short years of life. The best words to describe Lola: Intense Curious and Loyal. Lola had an inoperable stomach cancer. Archie her brother, proved to be her greatest comfort in her last few months of life and extended the time that the vets expected her to live. Lola came into our lives as our 4 yr old foster. Lola will always be missed and remembered.

Dr. John helped to ease Lucy's journey down the rainbow bridge on Thur. May 14th, 2009 at 4:35pm. Our foster pug's remains were returned to her loving family in Woodbury, MN. Little Lucy's suffering is over and she is finally pain free . Her spirit continues to be cherished by those that always loved her. Thank you Midwest Pug rescue for letting us foster Lucy.

Moo-je (AKA the Moo-man, Moofasa, Mooey, Cowboy McMootry), much adored boy, died the day before Thanksgiving 2008, at about 3:00 am. He had a collapsed trachea and pulmonary edema, and died of congenital heart failure. I was by his side the whole time, so he knew it would be okay. He was just shy of 11 years old at the time, and we had had him for 9 of those years. He was - and still is - a much loved, special boy who came from an abusive situation. We spoiled him terribly - as he deserved. I swear that sometimes, late at night while I'm working, I can still hear him snoring under the table...

Our beloved Onyx was born June 12, 2003 and crossed the Rainbow Bridge on October 10th, 2012. He was such a good boy, so loyal and such a good big brother to Leo. We will always love him and cherish the time he was here with us. He truly left paw prints on the hearts of everyone who met him. Special thanks to Airport animal hospital for their loving care to him over the years and right up to the end. Also Peaceful pets for their care and respect for our precious boy and sympathy to us. Run free Onners, love you!

Pug, Rocket passed away on Mothers day, May of 2007

He was stricken with Pug Dog Encephalitis. He has left behind a big brother Pug, Charlie. A donation of $500 to be directed towards the research of PDE in his name by Milwaukee Pugfest

He was almost 12 and it was a shock. He starting having seizures and was taken to the vet immediately. They couldn't save him.

I was fortunate to find my little Sara at the Homeward Bound Pug Rescue in Green Bay. I adopted her in July of 2011. I was told her age was about 6 years. Sara came to Green Bay via the Oklahoma Homeward Bound. I was told that Sara was part of the flooding that had happened that spring in Oklahoma. I was not clear whether her family lost her or relinquished her to a shelter but their loss was definitely my gain. Sara was a wonderful little pug. She was very sweet and extremely laid-back. She was a small little girl but was also definitely the alpha dog in my home. I have another pug, Riley, and she made it very clear to Riley that she ruled the domain. They really got to be good friends though. Riley would lay down on his bed and Sara would either try to get on the bed with him or lay next to the bed with her head on the edge. She also loved to go with me. I take my pugs everywhere and she was always game for a car ride. Unfortunately, Sara got pancreatitis which led to peritonitis in her stomach. Sara died on March 9th. I only had this little gem for 7 months...way to short a time. Riley and I miss her very much - she will never be forgotten.

The best part of 2010 pugfest was winning second prize for Sassy Suki’s Pug Pot Pies. That was the highest we have achieved and it is particularly special because Suki was euthanized on Monday, May 24th. Suki was five when I adopted her. She lived her first five years in a puppy mill, popping out who knows how many puppies. She couldn’t walk a block or climb stairs. As soon as she could built up her strength, there was no stopping her. After I had her for six months, Suki finally was confident that she was in a forever home; her nightmares stopped, and she showed her true personality – a totally sassy pug. At age 10 she was diagnosed with congestive heart problems, and the vet told me that she only had one, at most two years, to live. I was glad that she beat the odds at that time and lived to nearly 14. She was a petite pug, who was a darling. A benevolent queen of the household. Suki was my first rescued pug, and because of her, I will always have rescued animals – mostly pugs. Suki has been featured in a book called: I’ll Never Own a Normal Do. Recycle, Reuse, Renew will be about all my rescued dogs.

Shorty our male pug had passed away Jan 11th 2008. He had a cardic arrest, Anisocoria, and was non-responsive We lost him at the Emergency vets in Waukesha.

Vader, our best friend and companion, passed in April 26, 2008 at age 3 without reason. Vader was special, considerate and always there for our family. Vader only longed for attention and unfortunately his time was cut short. I wish for the day for when we can be reunited again Until then, I will honor his memory by telling everyone close to me how very special Vader truly was; he was family, not merely a pet. 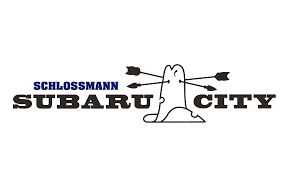